In September 1970, an exhibition was inaugurated at the Museum of Modern Art of the City of Paris, in which artists are grouped under the name Supports/Surfaces. This name, renowned today, was selected by the artists themselves and consequently came to designate a group that would profoundly transform the making of art in France. In the early 1970s, the group show included the works of André-Pierre Arnal, Vincent Bioulès, Louis Cane, Marc Devade, Daniel Dezeuze, Noël Dolla, Toni Grand, Bernard Pagès, Jean-Pierre Pincemin, Patrick Saytour, André Valensi and Claude Viallat. These artists incarnated the one of the last avant-garde waves, contemporary with such movements as Arte Povera in Italy or the American Land Art movement to cite but a few. The Supports/Surfaces movement distinguished itself from others of the period in that its artists – with the exception of Bernard Pagès and Toni Grand – claimed the full spectrum of the pictorial field, even though the works often destabilized the spectator used to canvases attached to stretchers.

The exhibition Supports/Surfaces: the Beginning, 1966–1970 shows the form this process took over the course of the 1960s, right up to the creation of the group. In order to gain an understanding of the short-lived but important Supports/Surfacesmovement, one must plunge oneself into the years of research, confrontations and oppositions that led up to it. These four years were a time of intense and wonderful artistic effervescence in the midst of a period marked by the social and political upheavals of the events of May 1968. An examination of this history from its origins enables us to gain a new perspective on the movement by focusing on these years marked by the jubilation of artists in the midst of reinventing their work from the ground up.

The exhibition brings together major works of this period, some which have not been shown since that time, and provides insight into the profound questioning that lay behind the creations over the course of these key years: the deconstruction of painting, confrontation with Nouveau Réalisme (“New Realism”) and the certain death of painting, external exhibition, the placement of works in space, the importance of the object and its manipulation. 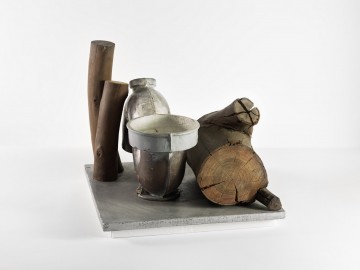 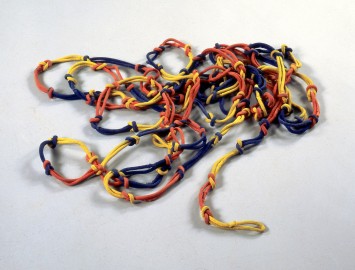 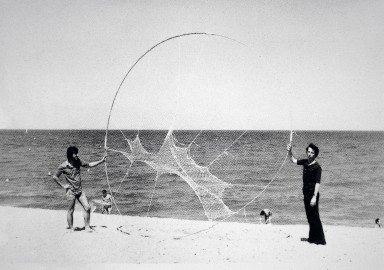