Picasso A period of Conflict

Picasso-Méditerranée is an international cultural event which has been taking place from 2017 to 2019. Over seventy institutions have come together to create a program based upon the “resolutely Mediterranean” work of Pablo Picasso. Upon the initiative of the Musée Picasso in Paris, this exploration of the artist’s works, situated in the places that inspired him, offers a new cultural experience whose goal is to strengthen the ties between all the shores of the Mediterranean.

For the exhibition at the Carré d’Art, the Musée Picasso has consented to an exceptional loan of thirty-seven works. The choice for the Carré d’Art fell upon the creations of Picasso during the agitated political period of the Second World War through to his remarkable 1951 painting, Massacre in Korea. Ever since 1937, with the creation of Guernica, Picasso experienced a period of political commitment during which he lost all hope of seeing a free Spain. These troubled times were reflected in most of the subjects – portraits, still lifes, landscapes – which he treated over the course of these years. Violence is brilliantly portrayed in La Suppliante (1937), as well as in the many portraits of Dora Maar, in which it plays a vital part. It is also present in the Weeping Woman series or Cat Catching a Bird.

The exhibition also attempts to initiate a dialogue between Picasso’s works and those of contemporary artists. There is, on the one hand, in the very heart of the space dedicated to Picasso, the presence of artists who provide perspectives on his work. Also, in parallel, the exhibition Lignes de Fuite (Vanishing Points) presents artists of different backgrounds who are directly concerned by the conflicts in the Middle East and Eastern Europe. 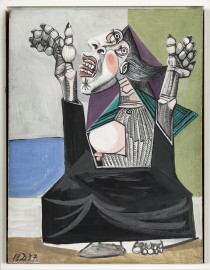 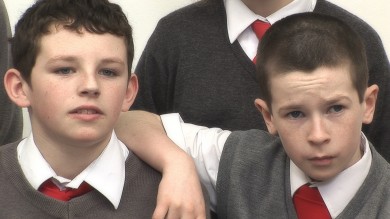