Glenn Ligon was born in New York in 1960. Initially, his artistic practice was centered on painting, inspired by the heritage of artists such as Philip Guston, Cy Twombly, Robert Rauschenberg, and Jasper Johns, as well as the legacy of more recent conceptual art.

Ligon began incorporating text in his works very early on, using stenciled words that would become a signature of his oeuvre. He uses painted language to highlight the social and political value systems that give these texts meaning and how they are altered or underscored through the work.

A monumental new diptych from the Stranger series will be presented at Nimes. It incorporates the entire text of James Baldwin’s seminal 1953 essay, «Stranger in the Village», in which Baldwin recounts his stay in a tiny Swiss village, where most of the inhabitants had never encountered a black man before. Ligon uses Baldwin’s narrative, which establishes connections between the cultural contexts of the United States and Europe, to think about anti-blackness and the aftermath of colonialism.

One room of the exhibition at Nimes will bring together a selection of America neons. Begun in 2008, these neons transform the word “America” by covering it in black paint, flipping, reversing, or animating it, treating it as linguistic material to be manipulated and changed.

Also on view will be paintings inspired by workshops with young children as part of a residency at the Walker Art Center in Minneapolis in 1999-2000. Ligon chose Afrocentric illustrations from the 1960s and 70s for the children to color in, and then reproduced the results on large canvases to create a painting series called Coloring. Notable for their joyful color and figuration, the Coloring works explore the distance between unfettered childhood creativity and conventional notions of portraiture, particularly as it relates to icons such as Malcolm X.

In his large-format oil and serigraph Debris Field paintings, the artist focuses his attention on isolated letterforms and non-linguistic mark making rather than legible words. These forms float on the surface of the canvas, generating a series of rhythmic improvised compositions and ultimately create an open-ended system that allows the artist to explore, in his own words, “the possibility of meaning, the elements of meaning.” The colors are partially inspired by Andy Warhol’s «Death and Disaster» paintings of the 1960s, as well as the book cover of «The Fall of America» by Elijah Muhammad, the former leader of the Nation of Islam, which was published in 1973.

This exhibition at Carré d’Art will be the first one at a French institution. 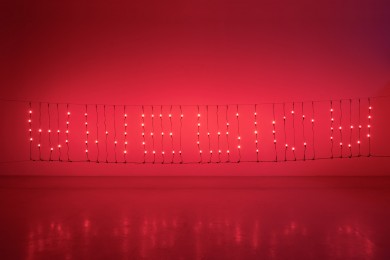 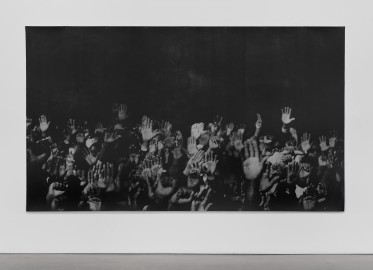 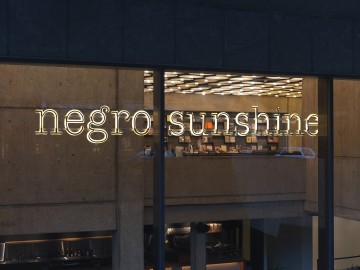 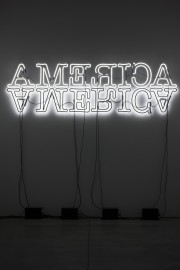 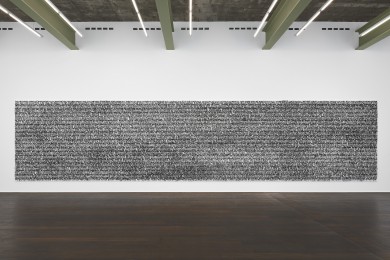 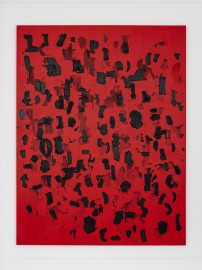