Any biography is a construction. In some sixty works of every type (painting, photograph, sculpture, drawing, film, assemblage…), the exhibition looks into biography as a constructive model as it is brought to bear in artistic activity based on (documentary or fictional) elements.

Biography is generally viewed as an individual’s personal history: it tells their story. The artist’s biography is one of the forms used by art history ever since Vasari. But biography is also a material crafted by artists themselves: either because theirartistic activity is one aspect of a biographical, subjective and intersubjective construction, or when their work elaborates on biographical elements. Personal mythology is a productive register for biographical invention, first practised by Gérard de Nerval in his extraordinary graphic fabrications Généalogie fantastique of1841 and “Je suis l’autre” in 1854.

The first part of the exhibition went on show in 2013-2014 at the Queen Sofía Modern Art Museum in Madrid. The Carré d’Art-Musée d’art contemporain exhibition focusses on the current period, bringing together works mostly produced since the late fifties. A large proportion of these works are on show for the first time, or have not been seen before in France. 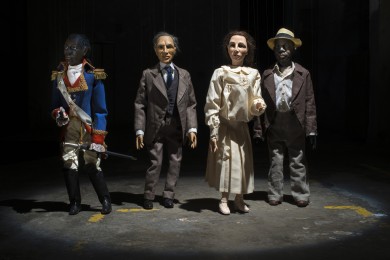 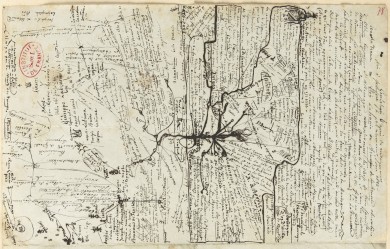