For several decades he has been building a sensory and critical space through a constellation of photographic images, forms and references more or less directly tied in with our surroundings. In many of his offerings, politics are never far away, although never tackled head-on. Throughout his work, reality, the imaginary and the symbolic are interwoven in an ever-delicate balance.

Monochrome—Echantillons (à la française),  [Monochrome – Samples (French standard] is one of a series of monochromes that begins in 2009, a meditation on painting and more specifically on the idea of production and standardization. The monochromes are done with a ballpoint Bic pen, a world-famous item, but the painting is done using traditional techniques such as grounds of rabbit-skin glue or oil coating. The ink is then spread over various layers of underpainting with a pallet knife.

Using a Bic pen is to make reference to writing and language, as in the works of Boetti. The four colours used are the basic ones from the BIC brand. They are also used by editors for very precise purposes: red for correcting, green for highlighting.

The term “à la française“ refers to the technique for preparing the canvas. He has also produced an “American Standard” set purchased by the Dia Foundation, and an “à la mexicaine” one, the ground layer being different for each country. The “sample” idea is a reference to the idea of a much larger monochrome echoing the ideal of Modernist painting.

Jean-Luc Moulène, was born in 1955 in Reims, lives and works in Paris.

His works are part of public and private collections, Centre Pompidou Paris or Dia Beacon New York. An upcoming solo exhibition at the Centre Pompidou is scheduled for October 2016. 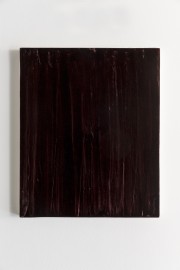 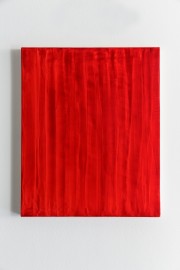 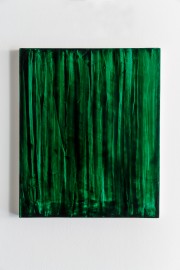 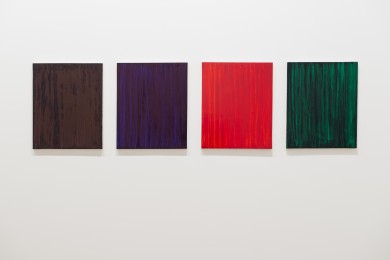