Letters from Saigon to Saigon is linked to the story of a young rapper living in Ho Chi Minh City, known as Saigon. He keeps up with the world of rap music via the Internet. His research has brought him in contact with a young Afro-American rapper from New York, a rising rap star represented by Atlantic Records and also called Saigon. This work, a series of handwritten letters sent by the young Vietnamese rapper to the rapper Saigon, shows the young musician’s expectations and his desire to get in touch with an Afro-American musician. In his writings, Saigon links the Afro-Americans’ struggle for independence and freedom from racial oppression to the experience of the Black Soldiers who fought in Vietnam, and who never get a mention in the official history of the war. The choice of the name Saigon by the American rapper reveals his wish to assert an awareness of history. It recalls a lost American war, and also the hip hop scene which has no borders, a new medium, with new voices to articulate the complexity of history in words that can be readily understood. Do these voices have the legitimacy to talk about the past ? Is the creation of a popular culture an alternative to the official rhetoric ?

His works have entered the collections of the Museum of Modern Art and the Guggenheim, New York. He had a recent show at Carré d’Art and has taken part in numerous Propeller Group exhibitions around the world. 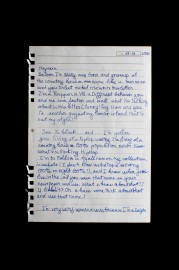 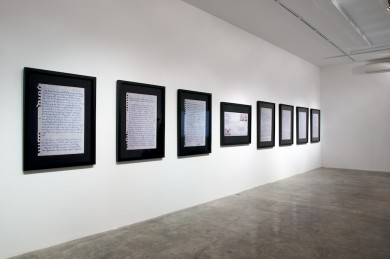 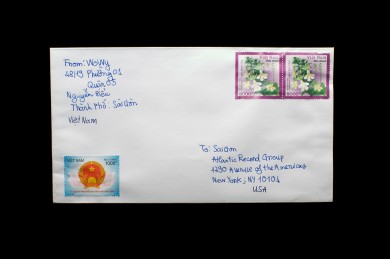 Tuan Andrew NGUYEN Enemy’s Enemy : A monument to a monument 2009